RAPHAEL SAADIQ ON MUSIC, MOVIES AND THE CHRISTMAS SPIRIT. 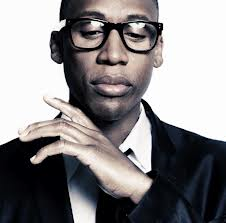 RAPHAEL SAADIQ ON MUSIC, MOVIES AND THE CHRISTMAS SPIRIT.

Just in time for Christmas BLACK NATIVITY is a rousing and heart-warming story, boasting a stellar ensemble cast of award-winning actors. Directed by Kasi Lemmons, Jennifer Hudson plays Naima, a single mother who has nothing to do with her parents: The Reverend Cornell Cobbs (Forest Whitaker) and his wife Aretha (Angela Basset), who run a church in Harlem. Bastions of respectability in their congregation, a family secret has kept the couple apart from their only child (Hudson) and their grandson Langston (Jacob Latimore). When Naima is evicted from her house in a poor part of Baltimore, she sends her reluctant son to New York to stay with his grandparents. The boy discovers the truth about the family rift and ends up teaching the older generations some home truths about love and the true meaning of Christmas. Also starring in the film are Mary J. Blige and Tyrese Gibson. 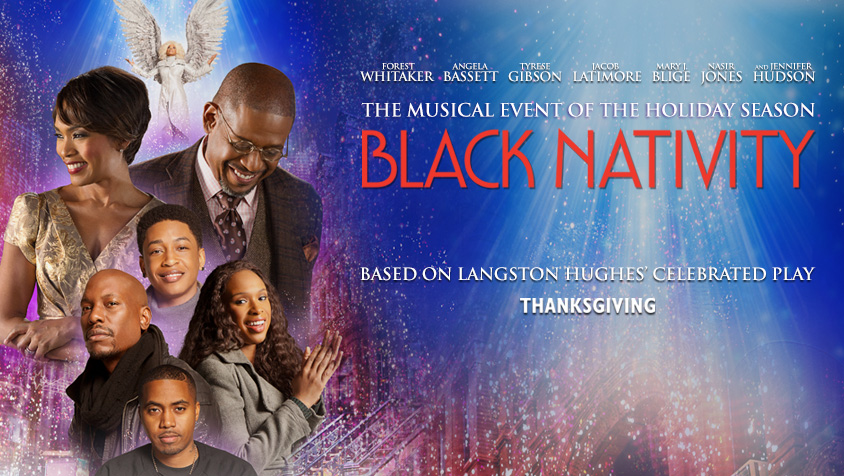 But what sets the film apart is the excellent music: a soulful blend of R&B, hip-hop, blues and gospel from the extraordinarily talented Raphael Saadiq.

One of the world’s most prolific soul artists, Saadiq has released a number of critically acclaimed albums including Stone Rollin’ (2011). Saadiq’s next album will serve as the musical backdrop for director Spike Lee’s upcoming film, DA BLOOD OF JESUS.    Saadiq is also an accomplished and celebrated producer collaborating with artists including Stevie Wonder, Whitney Houston, D’Angelo, John Legend, Joss Stone, The Roots, A Tribe Called Quest, The Isley Brothers, Mary J. Blige, and Earth, Wind & Fire.     Raphael Saadiq sat down in Los Angeles for the following interview.

Q:  How did you get involved with the film? A: “Kasi sought me out and I didn’t know if I could do her movie justice. It was a lot of responsibility, but I love her work. I’m a fan, so I said ‘yes’. I read the script and I liked it. Once they figured out the cast, I knew what I had to work with musically and I just took it from there.  It was a challenge, but we had a great cast of actors. This is my first time [doing a movie] and it was a really good experience.”

Q: What was it like working with these talented award winning actors and musicians? A: “It was great. I got Forest Whitaker to sing. He sings a traditional gospel song from the late seventies by Walter Hawkins (‘Be Grateful’) and he nailed it. He stood up next to Jennifer Hudson and to sing a song like that was amazing. He was perfect and the performance carried the film along with the dialogue. I was just glad that it could mesh.  It was pretty much a walk in the park working with Jennifer. It has to be what it is with Jennifer. Mary (J.Blige) is great, she has a reputation around the world.  I just wanted to raise the bar a little bit with the film.”

Q: What do you particularly like about the story and how did you decide how to tell it musically? A: “The story Kasi created is about togetherness – about bringing families together. It has a spiritual theme, because everybody in the story has to forgive somebody and that is the hardest thing to do sometimes. I love storytelling and I think the film tells a great story. It is a blend of everything that I’ve ever learned in music. I’ve been travelling around the world and I wear the feelings of music on my sleeve. I think people in the UK do the same thing and I think they’ll get the film because they’ll love the integrity of it. Sometimes families have trials and tribulations, but then sometimes you can come together, especially through songs and music. The script was like a poem to me, a Langston Hughes poem.  Langston Hughes is the biggest focal point of everything. Langston was a big jazz guy so to fuse gospel with jazz was perfect for me. The first song I wrote was ‘Test Of Faith’ for Jennifer Hudson. She would feed me dialogue or   different ideas from hymns from the ’50s. I knew a lot of the hymns from going to church and singing in a choir myself as a kid with ‘The Negro Spirituals’ and I sang in high school too.”

Q: How much did the original Langston Hughes play resonate with you? A: “It resonated a lot with me. I never saw the play done in Oakland myself, so I had to look it up and see what it was about. But I did understand the concept, which is about the gift of giving.  Some families put plays on at church at Christmas time because they can’t afford to buy gifts.  And that’s when the family and everybody gets together. They have this kind of musical in church (which we see in the film).  I think my mother acted in church and it was probably in a play like ‘Black Nativity’. ”

Q: How did you visualise the story we see in the film? A: “I was into the whole Harlem Renaissance, of which Langston Hughes was a part. For the film I had to put Harlem together with the gospel music and the characters: the preacher and the preacher’s daughter and her son. I had to do it piece by piece in my mind before I looked at it collectively. That was the only way it was going to work for me. Once I knew the story, I worked with Kasi on the movie, character by character.”

Q: What were the challenges scoring the film? A: “I was always wondering how we were going to pull this off. New songs are made to sound like original songs. There are some hymns. Most gospels take a scripture out of the Bible and turn it into a song. That’s sort of what we did. We took some hymns or pieces of them and turned them into songs. It was all a challenge. I tour all year round and I have been playing festivals with a ton of different indie bands, so to come back to do a musical with gospel, which was the music I was raised on, was great. I grew up around a lot of blues like Howlin’ Wolf, Muddy Waters, a lot of Delta Blues. It was great to fuse everything that I know and put it all into a film and make all different people around the world feel it. That was a big challenge, a challenge that I wanted for myself. We went to listen to old ‘spirituals’, classic songs that we wanted to do differently. The idea was to hold up tradition but give it a new edge, and that was our main challenge. You grab Forest Whitaker and you grab Jennifer Hudson, who has this huge voice and it turns out great. We are giving people this bluesy feeling, showing them what urban music was really all about for a long time.”

Q: Can you explain a little more about some of the specifics of the music in the movie? A: “There is seventies soul and music from Andraé Crouch who is a traditional R&B gospel musician. His music is from the seventies and I think it has a lot of soul to it, but at the same time it’s a little funky in parts. It’s really guitar driven, bass driven and drums driven, with piano. The music has a lot of pride and integrity in it from a lot of different eras.”

Q: How much did you write? A: “I wrote all the music with Taura Stinson, a songwriter who’s my partner on a lot of stuff that I do and I worked with a guy named Doobie Powell, who’s a great singer. We just pulled together a collection of feelings that we thought would be original.  I know there are not too many films that sound like this.”

Q: BLACK NATIVITY is a Christmas film of course, what are your family traditions?   A: “Well, my family wasn’t really big on Christmas. My Mum was funny about Christmas. Either she put up a Christmas tree or no Christmas tree or we just had lights around the front window.  She would buy us some gifts. One year you would have a good Christmas. You would get a bicycle, then another Christmas they would give us some money. My mother wasn’t a person who liked to get up and watch you open up gifts. So our Christmas was pretty much whatever we made it.”

Q: Was it a musical family? A: “Yeah, I would listen to James Brown records with James Brown singing Santa Claus, [‘Santa Claus Go Straight To The Ghetto’] and Otis Redding. It was always a soulful Christmas.”

Q: What is Christmas like for you nowadays? A: “I don’t do that much for Christmas now. Now I try to go on a vacation somewhere hot by the water, to hang out.”

Q: Would you still describe yourself as a man of faith? A: “I grew up Christian, a Baptist. Now I don’t follow any denomination. I am just a spiritual person.”