It was announced on Friday (15th Oct) on The Daily Mail that Marcus Ryder said to have lost out on senior role at BBC after making public interventions on race.

Marcus Ryder said he was approached earlier this year by the BBC to apply for a new role, based in Birmingham, overseeing Radio 1’s Newsbeat bulletins and the news service of the Asian Network.

However, despite making the final round of interviews for the job, Ryder found the BBC ultimately scrapped the entire recruitment process. Instead, the corporation gave the job of overseeing Newsbeat’s move out of London to an internal candidate on a 12-month contract.

He said he had only twice publicly disagreed with the BBC’s editorial lines since leaving the corporation: when Naga Munchetty was reprimanded for reflecting on her views on Donald Trump, and when the corporation broadcast the N-word uncensored on a news report. Both decisions were ultimately overturned by the then director general, Tony Hall.

There is concern among BBC staff about politicisation of hiring processes for key roles, and whether candidates who have taken public stances on topics such as the Black Lives Matter movement or trans rights are be considered impartial in the eyes of the BBC’s managers. The corporation is in the process of hiring a new head of news to oversee all of its output, with a growing perception among staff that Davie would prefer an external candidate.

We Are Doc Women is a peer support group for women Directors, Producers, Assistant Producers and Executive Producers working in factual television in the UK.

A new report of their survey which was run because while employers with more than 250 employees have a statutory requirement to report on their gender pay gaps, much of the TV industry is composed of companies with under 250 employees and with much of the workforce freelance.

It found that women are strongly under-represented at Director level, and for the women that do reach directing, it takes longer for them than for their male counterparts.

The survey found that the average time to reach director level from starting in the industry was seven years but only 38 of every 100 women will be directing in seven years, compared to 55 of every 100 men.

Regé-Jean Page To Star In Upcoming Thriller For Netflix 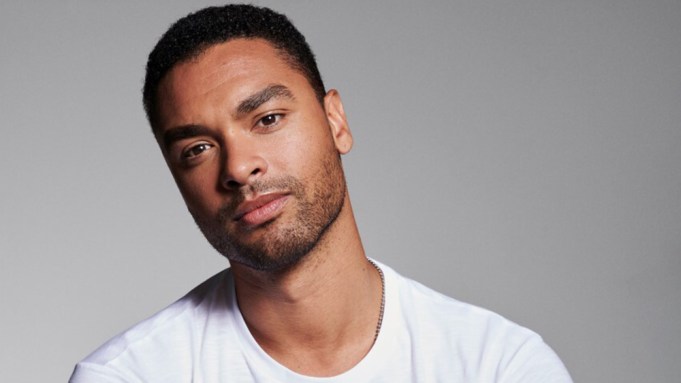 Bridgerton star Regé-Jean Page is set to headline a new Netflix thriller written and directed by Fargo and Legion creator Noah Hawley. The Russo brothers will produce with Mike Larocca via their company AGBO with Hawley, who will produce through his company 26 Keys. Page will also executive produce with Angela Russo-Otstot.

According to The Hollywood Reporter the film is based on an original idea from Hawley.

A new research has found that, just 24% of 4- to 18-year olds in the UK believe they see children and young people that look like them on television, but the role TV shows play in the lives of young audiences in the UK remains vital.

The study, led by Cardiff University and commissioned by the BFI, which administers the Government funded Young Audiences Content Fund, has drawn data from entrants to the BFI’s See Yourself on Screen Challenge, which invited young people to create an idea for a TV show. The report investigates how young people who took part in the challenge feel about the television they consume in the UK on free-to-access channels and platforms, taking in hundreds of 4- to 18-year-olds from across the UK.

The research found that over the last two years, TV has helped children and teenagers feel part of a community at a time when they felt isolated from their friends, classmates and family, and has helped to spread positivity in their lives. However, reflecting previous studies that show children and young people don’t feel their lives and experiences are reflected on the small screen, just 35% of children think they see young people on TV that share similar interests or experiences with them, just 31% of children see other young people they think sound like them and only 24% of UK children see young people on TV they think look like them. Julie Adenuga has been announced as the host of Good Morning Britain’s first Original YouTube series!

Titled Off The Table, the series will see Julie sit down with a panel of influencers, activists and journalists to discuss important issues affecting young people in Britain.

News of Off The Table comes after it was revealed Good Morning Britain was the most-tweeted show and had 80 million video views on Facebook in 2020, most of which are watched by an audience under the age of 35.

“I’m excited to be presenting Good Morning Britain’s first ever YouTube original series,” Julie said. “I love the idea of the GMB conversations that we see all the time making their way to new audiences thanks to ‘Off The Table’.”