THE LEADER’S SUMMER DRINKS, Channel 4 partners with The TV Collective and many more

It was a very chilled evening, accompanied by music champagne and great food.

One of the quotations used that evening was

“Your network is your net worth.”

Everyone had the opportunity to get to know one another and share their individual industry experiences.

Nadine Marsh Edwards CEO Green Arce, Mandy Chan Head of Global Documentaries at Fremantle and Angela Ferreira, MD of Douglas Road Productions were among the guests who joined our Leaders

Click here to out the images from the evening.

Channel 4 partners with The TV Collective

In order to strengthen their position within the channel and the industry as a whole, Channel 4 today unveiled the details of its second Indie Accelerator, which is specifically designed to support eligible ethnically diversely led independents who haven’t received a linear commission from the network in the previous five years.

The Indie Accelerator, provided by The TV Collective, will assist chosen independents with a combination of leadership coaching and commissioner contacts, with the goal of enhancing their business.

The programme consists of master courses, workshops, and executive coaching sessions.
The Indie Accelerator will assist independent filmmakers in becoming more successful and long-lasting . To better understand Channel 4’s commissioning procedures and objectives, a Commissioning Editor will be assigned to each Indies. The Indie Accelerator is a component of Channel 4’s longer-term commitment to encourage independently produced films headed by people of colour.

A number of significant industry influencers and decision-makers will hold a series of online masterclasses that Remy Blumenfeld, The Indie Accelerator, will also provide.

Indie businesses must have at least 25% of their shareholders with varied racial or ethnic backgrounds in order to be eligible. Independents must have a turnover of less than £5 million and not have received a Channel 4 linear commission in the previous five years. 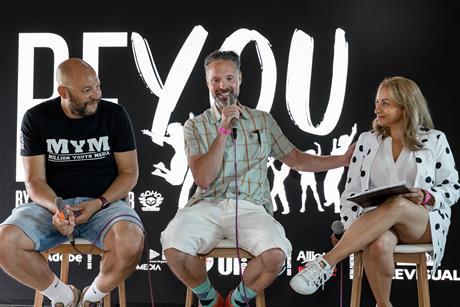 The Be You Festival challenges the industry on diversity

To address some of the major issues confronting the business, like ending bullying and preventing diversity from becoming a checkbox exercise, TV major players and up-and-comers join together.

At the first Be You Festival in Soho on July 14, topics affecting the industry were discussed by a mix of TV and film industry veterans and up-and-comers. Diversity, inclusiveness, and mental health were at the forefront of the discussion.

Iyare Igiehon, a BBC creative diversity partner, expressed worry that some leaders are focusing simply on diversity box-ticking to “get their numbers up and fill the gaps” rather than creating a sense of belonging for personnel from varied backgrounds.

The reciprocal advantages of fostering those who lack chances or obvious entry points into the industry were underlined at a panel discussion about equality and inclusion behind the camera that was organised by the youth-focused production company Fully Focused.

More than 50 paid postings were made available by PRU, including important positions in the writers’ room, casting, production, and post-production.

As part of its continued engagement in the continent, Netflix has formed a multi-project creative relationship with South African filmmaker Mandlakayise Walter Dube.

Dube will direct a number of Netflix-owned projects, which will be unveiled soon, as part of the agreement. The agreement expands on previous agreements made with African artists, including those with multifaceted Nigerian businessman Kunle Afolayan and his KAP Film and Television Academy and media tycoon Mo Abudu and her EbonyLife Studios label.

The connections highlight the recent slate of African programming Netflix has commissioned.

Future endeavours include the football drama Kings of Queenstown, the supernatural thriller The Brave Ones, and the debut Afrikaans series Ludik from Netflix.

The long-awaited BBC update on the 2020 Diverse Programming Fund has drawn criticism for being “smoke and mirrors.”

Some U.K. industry leaders have criticised the BBC’s long-awaited update on the status of a 2020 fund established to improve diverse content on the public broadcaster as “smoke and mirrors.”

Following the resurgence of the Black Lives Matter movement in June 2020, the BBC announced its Creative Diversity Commitment, promising to devote £100 million ($124 million) of its current commissioning budget over the course of three years, from April 2021 to March 2024, to diverse and inclusive content that covers racial representation as well as social mobility and disability. This breaks down to about £33 million every year. (The BBC spent £1.4 billion on TV in total in 2020–2021).)

In order to improve diversity and inclusion both on and off the air, the BBC said on Thursday that after the first year of the project, it has invested £44 million in supporting a total of 67 TV shows across all genres. The company is currently on schedule to invest the entire £112 million by 2023–2024, of which £100 million will go to TV and £12 million to radio.

48 distinct independent production companies produced programming in the first year of the fund, and 73 percent of those firms had diverse leadership. Before 2022, according to the BBC, 10 percent has never been ordered by the broadcaster. 90 diverse radio commissions have received financing totaling £4 million in addition.